Social Network on the blockchain

Social Network on the blockchain 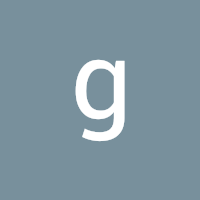 As we have seen in these days, large social networking platform are abusing of their power to silence people like Trump and are applying strict normative and censorship to control as much as possible the people (Facebook, WhatsApp).
We should create a social network using the blockchain, as you know the blockchain is immutable so no form of censorship could be applied there.
blockchain

J. Nikolaa year ago
I found a nice paper reviewing the current Blockchain-based Online Social Networks/Media (Barbara Guidi, When Blockchain meets Online Social Networks, http://www.sciencedirect.com/science/article/pii/S1574119220300195).
The two main phenomena that occurred with a steep rise in Online Social Network users and activity are:
- the user privacy disclosure and
- the rapid spread of (mis)information.
By implementing the blockchain technology in online social network systems, decentralization led towards the vanishment of the servers owned by the third parties that store user data, mostly targeting the privacy issue. That means no single entity storing private data and determining the terms of service according to their personal goals. It also allows the time delay or peer-to-peer reviewing of the information while it's being validated, offering a solution to the problem of the rapid spread of (mis)information. By being decentralized, also no censorship can be applied (or can be easily avoided) to the blockchain-based social networks which open the content towards everybody.
That's how it was imagined.
But, as we saw from Darko Savic's comment, many blockchain-based social networks differ in the scope of the implementation of blockchain-specific features. Some of them apply the blockchain-architecture in only a part of their structure, while just a few of them are completely built on blockchain (Steemit and FORESTING). Also, just some of them offer the option to express a negative opinion (Steemit allows a weighted downvote, based on the user's category).
To sum the paper up, Steemit seems to offer the best blockchain-based weighted-content solution on the market, but still has enough room for improvement. For example, future blockchain-based social networks should focus on dealing with:
- identity check, anonymity (dealing with bots)
- scalability (blockchain is slow and currently cannot handle the current Facebook's 52,000 likes in a second)
- censorship (if someone posts illegal data or misinformation, the user should be banned, content should be censored, but still available - new potential danger?)
- is rewarding users a way to get "the real truth" and avoid fake news?

Darko Savica year ago
There are a few decentralized alternatives that don’t use blockchain tech: Diaspora, Mastodon, Parler, Flote, Sola, Manyverse
And then there are those that are built on blockchain and allow people to speak and share content in an immutable fashion: Voice, Memo.cash, Peepeth, Member.cash, Socialx, Sapien, Lbry, Dtube, All.me, Minds, Society2, Peakd, Hive, Indorse

J. Nikolaa year ago
Darko Savic gigi luigi Very interesting topic. I didn`t know there are blockchain-based social networks.
What do you think, will they become the future of social networking or there is a big drawback of a non-controllable environment? What would happen with the in-app advertisement? Are they sustainable like that?

Blockchain-based publishing, citation, and patent platform for greater acknowledgment and benefit for all contributors