A fast-dissolving tablet that makes a drink taste worse with each additional sip. The idea is for people to enjoy the initial few sips, then stop drinking.
Why?
How it works
A nasty-tasting chemical in a tablet form. You drop in your drink where it quickly dissolves. Its residue sinks to the bottom relatively fast. The more time passes the more it sinks and collects around the bottom. This makes the drink taste normal on top of the glass and progressively worse the deeper you go. The initial few sips taste good, then progressively less so with each new sip.
Drinking speed
The faster you drink, the nastier the taste. If you drink very slowly, you get to avoid most of the nasty taste. In that sense, this controls your rate of drinking.
Chemistry
Chemistry is not my strong side. There are loads of substances that taste awful but aren't bad for health. The challenging part is to find something that sinks in most alcoholic beverages and doesn't mix with them well (if at all).
alcoholdrinkingproduct ideashealthy lifestyle
2

Leaving a bitter taste in your mouth... 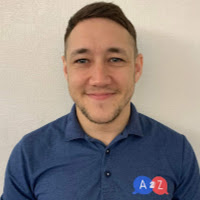 Danny Weir Jan 18, 2022
This sounds like an excellent idea for those looking to reduce the amount of alcohol (or other drinks) they consume. Do you have any suggestions for the agent used to make the drink taste bad? Generally speaking, sour or bitter tasting agents are used to deter people from things and in some cases even spice. I personally had a bad habit of biting my nails and have used bitter agents on my fingers to deter me from doing so.
A couple of potential pitfalls did spring to mind here though. Firstly, I think that beverage companies around the world would be fighting pretty hard to ensure that the taste of their drinks are not tarnished with foul-tasting agents. I know that there are several rules in pubs and bars as to how drinks are served, but I guess as long as the agent is added by yourself then this shouldn't be too much of a problem. Secondly, when I have a pint, I know that the last moutful never tastes as good as the first one (due to the carbonation release, temperature and freshness). Because of this, it is not uncommon to see people leave the last part of their drink in the glass and move onto a fresh one. I could definitely see people trying their best to avoid that final, less than tasty mouthful!
Adding agents to drinks in public is also something that has become a bit of a hot topic due to the prevalence of date-rape drugs. Pubs and bars would be very wary of these sorts of things happening and may look to enforce rules where adding things to drinks is highly frowned upon. This leads me to the conclusion that this idea is probably best suited to at-home drinking. It can be used for alcohol and other drinks such as coffee or sodas that can become addictive, and I definitely think this could be useful.
Going back to my bad habit of biting my nails, over time I actually found that I didn't find the bitter taste as bad as I did when I first started using it. This could be due to the fact that my taste buds had changed due to exposure to the agent or maybe I just realised it wasn't so bad after a while. Taste buds can change over time and so do you think there is scope for different flavours and/or intensities depending on what you are drinking and how much you want to stop? A bitter agent, for example, wouldn't show up so well in a pint of bitter and certainly wouldn't deter someone who enjoys bitter drinks.
Is there also potential here for weaning kids off certain drinks such as milk? Just an idea.

Darko Savic Mar 11, 2022
Slip it into your friends' drinks as a prank. When they begin to notice the foul taste and start looking around, just look them straight in the eyes and go like this:
"It could have been worse. You're welcome."

J. Nikolaa year ago
What I am concerned about is the "progressive" part. I understand that the concept would be to throw in the tablet, let it dissolve, and wait for the nasty chemical to sink at the bottom. But how would you make sure it progressively gets worse? The bitter taste would stay at the bottom and, depending on the density, would for a layer. When the drinker reaches the layer, it would taste really bad. Until then, there is no progressiveness, just a fixed amount of wasted drink. It also crossed my mind that you think of the speed of an actual sip. If a person leans and drinks slower, the drink will not mix with the bitter compound that much, keeping it nice for a longer period.

Darko Savica year ago
J. Nikola Each time you take a sip you have to tilt the glass. This kicks in some of the particles accumulated at the bottom. The more sips you take, the more you mix the liquid. The closer to the bottom you get, the more this process is potentiated.

Contrived _voicea year ago
I think I've seen something similar but can't find documentation of it. A colleague of mine gave me a treebark to chew once when I had a toothache, he said it was a traditional Maasai remedy. The side effect was incredible though, for about 24 hours everything tasted the same. You could not differentiate tea from water or soda by taste. I wonder if any industrial processes could be used to commercialize this phenomenon.

An App for Locating and Reclaiming Lost Items

An alarm that forces you to go for a run