How can mega machinery make an impact on emerging communities?

How can mega machinery make an impact on emerging communities? Most countries have their own regions where communities live lacking public infrastructure like broad roads, full-quality public utilities, high-speed internet providers, high-quality health and education infrastructures, etc. They are in contact with the main cities' development but lack it in their own communities. This causes a desire to achieve material goods that in some cases, could generate social problems within those communities because it reaches money that generates dominance of some locals but not enough money to bring sustained progress with measured social profitability.
This should be considered as a separate subject from the nature reserve areas, that are meant to keep them as natural as possible because no human community has reached them, no traditional settlements were around it, and in general, nature has done its work to keep it that way.
The challenge is how to bring progress to communities that because of the lack of it, permit social problems to enter that potentially turn into violence, delinquency, child prostitution, unregulated goods production, and further social problems that isolate the community of people willing to travel nearby.
Why
Locals will care more about their region by providing alternatives to community development, thus avoiding undesired migrations, ghost towns, or abandoned villages. Because of the ease of communication with nearby communities social autoregulation could arise. The state could spend money on developing the region rather than protecting it. And this development mainly requires social and agriculture opportunities and maybe as a second phase manufacturing, tourism and other business opportunities.
How it works
What humans have achieved as a society that makes us better should arrive faster to where it has been heard of, rather than it arrives faster those things which have slowed world development.

[2]The ghost town in Colombia that steals your sleep, MFS humanitarian organization, 2005, https://www.msf.org/ghost-town-colombia-steals-your-sleep

I'll go in the opposite direction 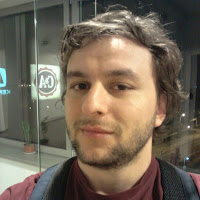 Florin Buda Jan 07, 2023
Machines and factories are built for profit not for creating stronger comunities.
I like a story: when Transilvania was conquested by hungarians they discovered here a precious treasure: salt mines. But they didn't go head first in exploting them and instead they gave the exploting rights to an ethnicity (secui) and instead they were expected to fight for the hungarians.
Imagine that one poor comunity - let's say gypsies from europe - would be gifted the monopoly for constructing children playgrounds, or making screwdrivers. This will economicaly fasten the comunity but they should also have some KPIs to meet: the education level should rise until it gets to the normal average.

Marco Agudeloa month ago
Very challenging your first statement on machines and factories' final benefit. I would like to share with you this book I own and have enjoyed reading a lot. It is full of anecdotes that address the subject of profit and creating stronger communities.
I tried to find a local bookstore near to you
Thank you for sharing part of your Hungarian history. It proves that civilizations all over the world seem to be made of similar factors: exploiting the less prepared communities.
I proposed that the mega machinery are used to provide capable roads to allow other technologies to enter those areas (leaving as a separate subject the nature reserve areas). Those businesses can be handled by locals since it is highly probable that they aren't capable of leading those businesses because of their lack of preparation. These businesses could be managed by local governments, near private companies and state.
The big question is: - If by creating broad roads to connect those communities they will ease to improve their capabilities, because of the possibility of other businesses to enter with less effort and with less overcost due to the transport difficulties (for example transporting machines, steel structures, pipes, etc). This should be seen with a win-win perspective rather than a seek-for-exploiting opportunistic leader.
Please comment on your statement on “Machines and factories are built for profit not for creating stronger communities.” it will contribute to this session.
Consider you are planning to manufacture locally children playgrounds to help generate community financial resources. You will benefit from having big, broad, heavy capacity roads to take them to near markets. If not, transport and delivery time will neckbottle your community entrepreneurship.
The KPI idea is embedded in international organizations that work on collaborating with this type of community. As you suggested I believe it is necessary to. Thank you for your contribution.

Marco Agudelo Dec 10, 2022
Create a business around the manufacturing of all-in-one broad road machines, capable of manufacturing as it travels, roads wide enough to allow building machinery to pass. Creating roads in this way, even if it could be slow, could minimize impact in the near field of the road, since no additional machinery is needed that can cause deterioration of the ground and contaminate the area for example.
For example, the mega-machine could comply at least with the suggested detailed list of equipment used in road construction in this article . It would be important that the road is constructed with the required standard to allow other heavy-duty construction machinery to come into the area. So the initial investment of creating the road could be invested by the government but local manufacturers such as health, recreational, and education institution, etc, could be built privately, in public, or with a mixed company, following governments policies.
Should be analyzed if making this all-in-one machine would be indeed better to use rather than the separate machinery already available in the market.

Develop a proof of concept for out of body experiences