How can people from all walks of life contribute to humanity's common quest for extreme life extension?
I can't introduce the subject better than this video does in under 5 minutes. So I will just briefly quote it: "Misery doesn't give happiness meaning. If you tortured people to make them better appreciate the pleasures of life you would be a monster - just like death is. No parent would ask the Grim reaper to wrinkle their child's skin, weaken their bones, dim their vision, and their minds, cripple them in a thousand ways over decades to ultimately kill them - to give their life meaning."
That's aging for you. We naturally want to avoid it. Someday our knowledge and technologies will advance to the point where aging will be a thing of the past.
What can you, me, and everyone around us do to help bring humanity closer to not having to deteriorate and die? Sure, science will get us there, but not everyone is a scientist. Money and investments expedite progress, but not everyone has the resources. What, then, can people do?
longevity
10

Darko Savic Sep 30, 2020
Why is the general public seemingly less enthusiastic about longevity-related research as compared to space colonization? Judging by the difference in media attention, are we less hopeful? Is colonization of Mars that much more within reach compared to significant healthy life extension?
Advances in the space exploration arena are cool. The sector draws a lot of media attention. People are hopeful because we are getting closer to a future where colonizing other planets brings safety, expansion, exploration. The recent media exposure is driven by Nasa, SpaceX, and Elon Musk.
Are advances toward our healthy life extension less cool? We need such media magnets to cover advances in the field of longevity. Some people like Aubrey De Grey, David Sinclair, George Church are doing good work in this arena. The field needs much more of it.
A picture (or a video) is worth a thousand words. Rockets are visually pleasing. A launch in itself is a magnet for news/media. What is the visual equivalent for this in longevity-related research?

Samuel Bello10 months ago
People can be encouraged to donate or sell their corpses for research. Old people and young people with terminal diseases should also be encouraged to volunteer themselves to be experimented on while they are still alive because they stand to gain the most from successes in the area of immortality.

Dragan Otasevic Sep 30, 2020
Each year, the World Economic Forum releases a Global Risks Report. This report, as the name implies, includes detailed analyses and rankings of the greatest threats facing the world each year. Each major threat is referred to as a risk.
This is a petition to get aging on the WEF's agenda as a global risk

Darko Savic2 years ago
I just signed. Thanks for making me aware of this

Educate themselves and others

Shubhankar Kulkarni Sep 03, 2020
Educate the society not only regarding the scientific breakthroughs in the field of longevity but also debunking misconceptions regarding lifespan extension. Several researchers in the area have uploaded videos and published articles and interviews that explain what lifespan extension means. Sharing these with your peers will definitely help the cause.

Shubhankar Kulkarni Sep 03, 2020
People can contribute to research by participating in observational studies. For example, people in the blue zones can participate in studies that record their diet, lifestyle, etc. and help researchers understand the secrets behind their long life. People with some kind of age-related illness can contribute by participating in studies addressing the associated questions and thereby improving the understanding of that particular age-related illness further. They can participate in clinical trials that evaluate the effects of a new drug. They can also self-report their problems and their experiences with certain drugs or treatment strategies (both good and bad; both help), or report second-hand experiences.

Darko Savic Sep 24, 2020
Aging and the inevitability of death don't frequently cross a young person's mind. When they eventually do, their lives are deeply entangled in careers, obligations, problems while their energy levels are past their prime. These are not ideal conditions in which breakthroughs are to be achieved. How could we get the youngest generations of humans interested in solving humanity's biggest problems? We need a few superstar longevity scientists - equivalent to what Elon Musk is to space travel enthusiasts. Then we need to make these people and their work more appreciated and highly publicized. They need a constant spotlight. This would hopefully drive more young people to strive for careers in science rather than tik-tok and online game streaming.

Get your favorite content creator to feature some work on longevity

Shouldn't we question whether immortality is something we ought to desire? 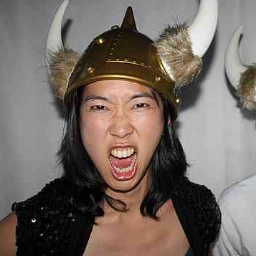 Ann Miura-Ko Oct 18, 2020
Given humanity's impact on the environment, our never ending need for resources appears to be in direct correlation with the population growth we see around us. Immortality will clearly increase our population, increasing the cost of maintaining an aging population without considering how we make it possible. Before we tap into the biological possibility, it seems we should understand what consequences it may have in store.

Samuel Bello10 months ago
Even if some people do not want immortality, the quest to achieve immortality will naturally bring about the cures of many illnesses as a byproduct. Contributing towards immortality can be regarded as a service to humanity and should not have much to do with your interest in being immortal yourself.

Ann Miura-Ko2 years ago
I don't think it does... all these videos say is that we shouldn't think about the results of increased population. Just that death and aging is bad - which I'm not arguing. I'm just saying that in the same way many people are saying social networks (which have produced some really positive outcomes) have been now shown to have created a lot of unintended consequences, this is one in which we should also consider unintended consequences...

Darko Savic2 years ago
Hi Ann Miura-Ko 🙂
Do these two videos address your concerns?
https://youtu.be/C25qzDhGLx8
https://youtu.be/GoJsr4IwCm4
Here is a session where we focus specifically on whether we should pursue extreme lifespan extension: https://brainstorming.com/r/s47

Samuel Bello Jul 23, 2021
People can volunteer to be monitored very closely both physically and physiologically. Their activities and health will be monitored 24/7. So that in the long run their habits and environmental conditions will give researchers more insight into the factors that affect lifespan and it will bring us closer to the achievement of immortality.

The will and the way

Darko Savic Oct 17, 2020
As Elon put it in a recent Mars society interview - to achieve something that has never been done before, there has to be the will and the way. You need the will of the people to drive the interest and the way that will get us there.
Those who have the will should do everything in their power to help those who are working on providing the way.
If for any reason (not a scientist/engineer) you can't work on providing the way, you are the bearer of the will. How will you manifest it?

Even if we can, should we?

LA
Luis Almeida Nov 22, 2020
I personally think that first, we have to get to a point where we understand what is aging and what causes it. We are quite far from it: as of now, we have lots of "fragmented" knowledge, but there's little unifying that knowledge into a single theory that can explain aging from when we are born until we die. If, and when we possess that knowledge, we will then need to have tools to address those mechanisms. This is far from trivial: think of cancer, for example. We have so much knowledge and we understand almost entirely why it happens, but we don't have good enough tools to go and fix those underlying causes and mechanisms the majority of the time. Here, there is little that the general population can do, other than actively advocating for more research and more funding. However, what society as a whole can, and should do, is discuss the implications of immortality. Not only for the individual, but for society itself. Let's say that we now manage to make everyone stop aging. - What happens to older people who can no longer monetarily contribute to society and need constant support from those around them? Today, the "social contract" determined that current taxpayers support previous taxpayers until they die. What happens if the previous taxpayers do not naturally die? - If we don't die to old age, it will become apparent very fast that we have to stop reproducing, or we will quickly overcrowd the planet. How do you prevent (morally and legally) everyone from reproducing? Who will get to reproduce to replace the smaller number of humans who died to accidents? Who decides it? - By preventing people from reproducing normally, it is almost as if we are preventing other humans from being born. In other words, in an "immortal world" with population control, while you remain alive, no other people can "take your place" for as long as you decide to remain alive. Is this morally acceptable? - What happens to those who simply get bored of living? Should they be allowed to end their own lives? - Should "younger" people have to work forever? Of course if we get to a stage that we manage to colonize other planets and we're not limited to Earth, we could just send "immortal humans" to those planets. But what if that's not the case? At the moment, it seems to me that we are not prepared for immortality.

Darko Savica year ago
One of the reasons we have a difficult time unifying against a shared enemy is the fact that our enemy is too abstract (climate change, aging, viruses, disinformation) to make it a "bad guy" worthy of humanity to unify against.
How do we solve this?

Can we exploit telomere transfer to rejuvenate certain cell types?

Is Rapamycin the first step towards a longer life?