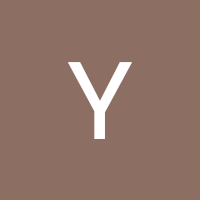 How does long-term plant protein intake promote longevity? A recently published cohort study from the National Institutes of Health (US) showed that individuals that consume preferably plant-based sources of protein instead of animal sources of protein in their diet are less likely to die from several death causes and also, more specifically, from cardiovascular disease-related death. These findings are in agreement with previous studies.
Regarding the role of plant-based diets in cardiovascular-related aspects, it has been observed an association with reduced systolic and diastolic blood pressure, improved lipid and lipoprotein profiles - including reduction of blood total cholesterol and low-density lipoprotein (LDL) cholesterol - and descreased circulating concentrations of insulin-like growth factor-1 (IGF-1).
Considering the above, by which mechanisms could plant-based protein intake (or even vegetal sources of food and its components in general) be acting to promote health and longevity in the long-term? Which differences among animal and plant proteins could explain the observed effects? Moreover, what could be the role of the gut-associated microbiota in such results? Let's think together about it.

Mohammad Shazaib Sep 13, 2020
Lifespan and metabolic health are influenced by dietary nutrients. Recent studies show that a reduced protein intake or low-protein/high-carbohydrate diet plays a critical role in longevity/metabolic health. Additionally, specific amino acids (AAs), including methionine or branched-chain AAs, are associated with the regulation of lifespan/ageing and metabolism through multiple mechanisms. [1] Therefore, methionine restriction may lead to the benefits of longevity/metabolic health. During 16 years of follow-up, a pattern emerged where plant protein intake appeared to reduce the risk of early death. Every 10 grams of plant-for-animal protein swapping per 1,000 calories resulted in a 12% lower risk of death for men and 14% for women, the findings showed.[2] According to senior researcher Dr Demetrius Albanes, a senior investigator with the cancer institute, "Our data provide evidence to support the favorable role for plant-based diets in the prevention of cardiovascular disease mortality, and that modifications in choices of protein sources may influence health outcomes and longevity."[3] There are many reasons why choosing plant protein over animal protein could help extend your life, the researchers and experts said. For example, one ounce of red meat mixed with whole wheat pasta and veggies would provide much less saturated fat than a 9-ounce steak. On the other hand, plant proteins come with loads of fiber, antioxidants, vitamins, and minerals. Protein can be found in red meat, pork, chicken, seafood, and eggs. But it can also be found in plant foods such as peanuts, chia seeds, tofu, broccoli, and oats. The researchers wanted to know if eating animal versus plant-based protein made a difference in longevity. To find out, they accessed data from the NIH-AARP Diet and Health Study, which has been compiling diet and health information on people age 50 to 71 over the past 16 years. In the database, there is information on 179,068 women and 237,036 men from several states and two major cities, Detroit and Atlanta.[4] The median age of the people when they entered the database was 62. The database contains dietary information for each of the people it lists, which allowed the researchers to measure how much protein they were eating and whether it was plant or animal-based. The researchers found that those people, male or female, who consumed more than average amounts of plant-based protein, had a 5% lower than average mortality rate. They also found that the more plant-based proteins a person ate, the longer they tended to live. And they found that those who swapped just 3% of the animal-based protein in their diets for plant-based proteins, saw a 10% reduction in mortality risk. The researchers also found that swapping animal-based protein for plant-based protein foods led to reductions in cardiovascular disease. Switching just 3% of such proteins resulted in an 11% reduction in cardiovascular-disease related deaths in men and 12% in women.[5] References 1. Fontana L., Partridge L., Longo V.D. Extending healthy life span--from yeast to humans. Science. 2010;328(5976):321–326. 2. Nakagawa S., Lagisz M., Hector K.L., Spencer H.G. Comparative and meta-analytic insights into life extension via dietary restriction. Aging Cell. 2012;11 3. Simpson S.J., Le Couteur D.G., James D.E., George J., Gunton J.E., Solon-Biet S.M. The geometric framework for nutrition as a tool in precision medicine. Nutr Healthy Aging. 2017;4(3):217–226. 4. Solon-Biet S.M., McMahon A.C., Ballard J.W., Ruohonen K., Wu L.E., Cogger V.C. The ratio of macronutrients, not caloric intake, dictates cardiometabolic health, aging, and longevity in ad libitum-fed mice. Cell Metab. 2014;19(3):418–430. 5. Solon-Biet S.M., Mitchell S.J., Coogan S.C., Cogger V.C., Gokarn R., McMahon A.C. Dietary protein to carbohydrate ratio and caloric restriction: comparing metabolic outcomes in mice. Cell Rep. 2015;11(10):1529–1534.

Plant-based protein foods are rich in fiber, an incredibly important and underrated nutrient

SH
Stephanie Holst Sep 09, 2020
When plants, like vegetables, fruits, legumes, seeds, nuts, and whole grains, are consumed there is an indigestible nutrient, fiber, that passes through the GI tract. The benefits of fiber are generally thought to be solely related to digestive regularity; however, they reach far beyond that. While fiber is passing through the digestive tract, it binds to and helps eliminate LDL cholesterol from the body. Further work has been done to show that regular fiber intake significantly decreases LDL, non-HDL cholesterol, and apolipoprotein B.(1) The decrease in these lipid markers effectively delays the risk of atherosclerosis-associated CVD.(1) Increased consumption of fiber has also been shown to help with healthy weight management as well as controlling blood sugar levels. Soluble fiber helps to slow down the absorption of sugars consumed into the blood stream. Studies have shown a significant decrease in HbA1c, fasting glucose, and HOMA-insulin resistance.(2) The reduction in these markers show overall improved glycemic control, effectively reducing risk of diabetes related comorbidities. Insoluble fiber also feeds the healthy gut flora in the digestive tract promoting its health and diversity. The gut microbiota continues to be linked to improved immunity, decreased risk of obesity and Type 2 diabetes, and improved mood and congnition.(3) References: 1. Coppé, J., Desprez, P., Krtolica, A., and Campisi, J. The Senescence-associated Secretory Phenotype: The Dark Side of Tumor Suppression. Annual Rev Pathol. 2010, 5, 99-118 2. Jurk, D.; Wang, C.; Miwa, S.; Maddick, M.; Korolchuk, V.; Tsolou, A.; Gonos, E.S.; Thrasivoulou, C.; Saffrey, M.J.; Cameron, K.; et al. Postmitotic neurons develop a p21-dependent senescence-like phenotype driven by a DNA damage response. Aging Cell 2012, 11, 996–1004 3. Wengerodt, D., Schmeer, C., Witte, O., and Kretz, A. Amitosenescence and Pseudoimitosenescence: Putative New Players in the Aging Process. Cells 2019, 8, 1546-1554

What is the cheapest possible way of feeding yourself while still providing the body with ALL the essential nutrients?

Can we exploit telomere transfer to rejuvenate certain cell types?