Java Direct OS for gaming on any machine

Java Direct OS for gaming on any machine 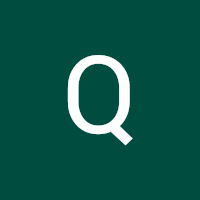 Android is a system that uses Java but it's not a system purpose-built for gaming. What I'm proposing is an open-source gaming engine/OS using JAVA and WebASM that you can put on a MAC, PC, Raspberry PI/Pi clone, ARM, or other architecture based console and any kind of Laptop with minimal porting.
So you would still get your Proprietary system games but you could have a JavaDOS engine for all the universal games that run on any platform.
WebASM could become a way to get C++ aplications running more universally well.
What JavaDOS can offer over just using WebASM is a way for lower watt devices to tap into the market like consoles because a direct JavaDOS would offer a less bloated system and good more direct access
to a machines hardware with minmal porting.
This would allow game designers to make reasonably good games for all platforms without having so many issues with compatibility.
This would also mean if you were to produce any alternative computer architectures like RISC V you would always be able to run Java DOS games on it without having to get game developers to make games specifically for your platform a little optimizing might be required.
The Sort of machines this should run on would be systems with ARM Cortex A78C and the like also Intel&AMD X86 I3 or less it could also be made to consider later newer architectures.
The Java model should be able to tap into the WebASM Model.
The system could rely on the Linux kernal.
As for the GUI.
This should be like a modern customizable menu system with only what the box does and the store for all the games using vector graphics Art for each downloaded or hardcopy product but unloading itself as much as possible when loading a game.
If the the device offers other things like TV recording or things that absolutly must be on in the background either for game functionality or box functionality then Java Dos is OK embeded could be a web browser.
JavaDOS like consoles is more for the manufacture to mostly customise especially with regards to the prompt and technical bit.
So the Programmer would have two ways to program their game. More speedy C++ or other languages that you can code WASM with and you could have a bit of JAVA and a bit of WASM.
As for streaming theres no reason why you couldn't enable streaming as a background and overlay process. An overlay process would be a non GUI based overlay probably part of JavaDOS's main functionality as overrlays to gaming could offer all sorts of communications without relying on the GUI being active.
This means you can have a pretty GUI without overlaoding the system. So it's like having 2 modes Game running mode and Web browsing or whatever other functionality the box has like Disk player or Television It's for added entertainment though not as an office or development plaform.
gamingcomputer sciencesoftware

Darko Savica year ago
Hi Quoss Wimblik 🙂 I just wanted to reach out and say that I appreciate your ideas
I wrote this article today https://docs.google.com/document/d/1m9nfzkev-gbfhYPPi5ZvFofx8rfps-aYo6ZrVaOzC7E/edit if you have time to read it, I would love to hear your feedback:)

Dragan Otasevica year ago
Here are a few random thoughts I feel like mentioning:
- many game developers love C++ because it gives them the freedom to experiment with the hardware
- Linus Torvalds seems to dislike Java a lot
- DirectX (Windows framework) most popularly used to build games is full support for C++
- This partially exists in UnrealEngine and Unity3D which enable one code to be used on different platforms
- While Java is used for android, it is used for writing the code so that android can then run it on its machine and compile it into its bytecode (Dalvik virtual machine), but the programs themselves are compiled for Java virtual machine
- Runescape and Minecraft are written in Java but the graphics there aren't all that complex
This explains why Java isn't a good solution for game development https://softwareengineering.stackexchange.com/questions/55104/why-isnt-java-more-widely-used-for-game-development

Manel Lladó Santaeulariaa year ago
Hi Quoss! That sounds like a great idea! Just to better develop this idea, I was wondering a couple things that maybe you or someone else with expertise on the field could add on:
-What kind of specifications should that system have in order to make it purpose-built for gaming? I imagine we would like to have as much costumization as possible, as well as low hardware requirements and good optimization to achieve the highest possible performance. Also, a nice user interface focused solely on gaming. What features could that interface add that are not already present in other OS? What existing features can be improved?
-How do we make sure that the OS can be run by all different hardwares? And is this applicable only to PC or also to tablets and phones?
-With the advent of streaming, would we consider also optimizing for streaming while playing?
-How do we make it as easy to use and accessible as possible, to make sure it reaches large audiences and thus is profitable?

Chatting in songs to find common taste in music