To recall or invent fully automated ways to remove habits to experience unpleasant emotions in response to specific stimuli, without spending human effort and time. There are many psychological and meta-psychological techniques pacifying or removing emotions, but they are time-consuming. Some are fast, but still take some time and effort. Also, there are drugs but they affect non-specifically and temporarily. What about ways changing the habits to react with emotions to stimuli forever and without human efforts?
Assumptions: 1) transcranial electro-magnetic stimulation 2) work with biologically active zones in Chinese medicine.
negative emotionsemotions
4 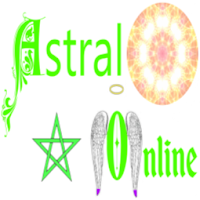 BasaroS / Astral_Online Apr 25, 2022
Meditation and Self-Development . I teach how to . Please , comment to know more .

Mikhail Korsanova month ago
Do you teach, how to meditate and self-develop without efforts and time spent by the person meditating and being developed? Or did you just read my request inattentively? It's about "without human effort"

BasaroS / Astral_Onlinea month ago
Mikhail Korsanov , both - with human efforts and with minimum or none efforts . You have mentioned Chinesse biological active zones - It is rather huge human efforts , I know Methods at least lesser then this one . And I know some others like - few hours and You`ll have huge impact , compared to 3-4 years of Self Development ( for some funds with warranty ) . If You are interested , We can discuss privately - write Me Telegram : @BasaroS . But this is if You are ready to pay for this rather Supreme Information . If You wonder only on free option , respond Me here and I`ll consider what can I advice You for free . But such Methods really exist and I teach My Students how to use Them ✌^_^ . I have 12 years expirience of Self Development and Positive Thinking .

J. Nikola Apr 27, 2022
Hi Mikhail Korsanov. Do you mean automatic handling of bad emotions and experiences in real-time or post-event? Also, does it consider handling and/or prevention of post-stress traumatic syndrome (PTSD) without human effort (therapy)?
I found a research that used functional MRI (fMRI), which checks the blood flow in the brain and connects it with brain activity via a machine learning algorithm called a decoder. By measuring brain activity during stressful and traumatic events, scientists can detect neural activity caused by stress, decode patterns and make the patients recreate them spontaneously by thinking of something else. By repetition, the targeted traumatic event becomes less painful without re-creation. As they state, this approach doesn't delete memories but makes them less painful.
A practical example of a similar technique is shown here, where they prepare soldiers. Although this requires a person to experience the traumatic event, this technology is used to prevent damage (in form of PTSD or similar disorders) from traumas. Above mentioned approach could help preventing damage by non-direct neurofeedback technique, with people not needing to be exposed in order to prevent future damage.

J. Nikolaa month ago
Mikhail Korsanov This one yes. The application of this method through a device mentioned in my comment below could, on the other hand, lead to a solution closer to your goal.

J. Nikolaa month ago
I imagine the future will give us a small device that could be implemented in our neural circuits attached, for example, to an ear like a hearing device. This device will read our brain signals and blur our vision if we saw a disgusting image, reduce the hearing level to sudden ultra-loud sounds, and sort protect us from the extremes (similar to shown in the Arkangel episode of the Black Mirror series on Netflix)

Povilas S Apr 28, 2022
Works by stimulating (tapping) the acupressure points on the face, chest, and hands. The effectiveness of acupressure stimulation is not accepted by a western science (similarly to how acupuncture is considered an alternative or pseudo-medicine), but it is widely used in eastern traditions and there is some scientific evidence supporting the effectiveness of the technique, e.g. this study.
I did experimental coursework examining the effects of EFT during my biophysics studies and found positive results regarding its effectiveness. Additionally, I tried the EFT method myself and did gain tangible benefits from it. From my experience, tapping on the acupressure points while focusing on emotional issues does bring substantial relaxation and relief of emotional blocks at least during the time of the practice and for some time after it.
The method often involves repeating verbal affirmations while tapping, like "even though I feel this negative (you name the exact feeling instead) emotion, I love myself, accept myself and forgive myself". But it can also be practiced without the affirmations and I personally find it to work better if affirmations are not used.

Mikhail Korsanova month ago
Since when has EFT become a method without spending the client's time and effort to achieve a result? I know even more efficient methods, than EFT, but the question was "without efforts and time spending of the person"

Povilas Sa month ago
Mikhail Korsanov I got the idea to mention this because you mentioned "work with biologically active zones in Chinese medicine" in the challenge description. That's exactly what it is - physiologically active body points according to the view of Chinese medicine. Maybe you meant something else, I don't know.
EFT tapping could be done by another person too, so it's not necessary to spend your own efforts. Time is another question. Every technique will require time to be performed.
Also, a tip - maybe you should expand a bit in the challenge description on what you mean in particular and what the contributions should look like, cause it's a bit confusing due to the short description. For example, what exactly do you mean by "a physiological way to work out negative emotions and habits to experience them in response to specific stimuli"?

Mikhail Korsanova month ago
Povilas S I mean affecting emotions and habits to experience them through body. If you say "every technique takes time" - it's okay, but not time spent by any human. It must be automated or have an effect to a large amount of humans. For example, if extrasensory effect of influencing on a really large group of people (for example, a country or a large region) proved to be workable, it would fit. If some operator needs to spend time to affect emotions and habits of a single person, that will not fit. I am looking for extreme efficiency, because I want to scale it up and affect the whole humanity or a signficant share of it.

Inhibiting shank protein at the moment of trauma

J. Nikola Apr 27, 2022
Summary: Shank protein was shown to be associated with neuronal connections that are the basis of memories. Degradation of this protein can make memories modifiable. Inhibiting shank protein at the moment of trauma or post-trauma, during meditations mentioned by BasaroS / Astral_Online could greatly enhance and speed up the recovery and reduce trauma damage.
Explanation: The experiment was performed on mice that were conditioned to clicking noise by simultaneous shocking. They developed fear when clicking noise was applied. When propranolol was applied, mice didn't lose the association between the clicking noise and the shock, but they continued to "be afraid". Further research showed that the protein responsible for nonresponsiveness to propranolol was the scaffold protein determining the strength of neuronal connections - the shank protein. Memories that tend to be stronger implemented into our heads had more shank proteins inside neurons.
Challenges:

Mikhail Korsanova month ago
The mechanism sounds like nootropic?

J. Nikolaa month ago
Mikhail Korsanov Since it's an unknown term for me, I had to check it. I would say the substance I am aiming to develop in the above text would be something like an anti-nootropic since its goal wouldn't be to enhance but to reduce cognitive functions.

Mikhail Korsanova month ago
J. Nikola Nootropics improve ability of the psyche to cope with emotions and experiences. However, I am afraid, this substance you suggest will suppress the overall learning abilities. Rather, what I am looking for, is to set a person free of a habit to experience an unpleasant emotion to improve his intelligence and creativity :) Not to suppress them. When your subconscousness feels an object is safe or nor worthy of attention, it may direct energy and attention for processing some higher level topics, useful for life.