Instead of culling wildlife, send the excess animals to other countries

Instead of culling wildlife, send the excess animals to other countries 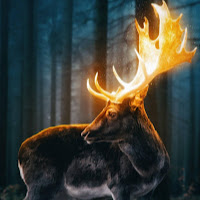 Background Information.
Every year wildlife services kill animals like elephants and antelope to limit the strain in resources due to large populations. It's a necessary action but I think it's overkill. some animals are already endagered as is and killing them just makes things worse.
Solution
These animals exists in ecosysytems that are not entirely unique to specific countries but entire regions. A country with an excess of elephants in thier reserves should send them over to thier neighbours in a system of trade, exchange or lending.
Benefits
with an increased number of endagered animals it is possible to file laws protecting forests and other ecosystems from deforrestation and encroachment
Moving animals away also slows down the efects of poaching.
more land for the animals means it's possible for thier numbers to increase.
Doing the same for other alredy endagered species could help them come back again from the brink (It should be noted however that alot of math has to be done to make sure foreign species don't multiply too fast for the local ones to keep up.)
Tourism is a really great way to boost the economies of small countries
wildlifeanimal welfareanimals

Povilas Sa year ago
Another problem apart from what others have already mentioned is that animals transported to a new environment would have to adapt there. Even though the ecosystems might be similar, animals adapt to a particular territory, they know the amount of prey/predators in that area, where to look for food/water, how to not intrude in the territory of competing members of the same species, etc.
So as my guess at first the animals might be very disoriented and this could pose a threat to their survival. The ecologist should work in such an animal transportation project to ensure ecological equilibrium in the habitat to which the animals are introduced - would they have enough food, will they have enough natural predators, etc. A certain equilibrium settles in a habitat untouched for a long time, when you introduce the animals into a new habitat that equilibrium is disturbed.
Despite all the drawbacks mentioned I still like the idea and think it's a better alternative to culling.

Darryl Koh Yuan Jiea year ago
I agree, at the end of the day, it sucks to see animals unnecessarily suffer. I think it is a great idea, though I would imagine it would be more costly to tranquilize the animal, ship them over and ensure they are coping well as opposed to culling. It is also important to note that animals sent for culling are often undesired. Eg they are old, sick or a disturbance to the population living there. For example, birds are often culled for affecting fish's population while sharks are culled simply for being misunderstood as dangerous animals. The most plausible way would perhaps be if zoos claim animals that are to be sent for culling but then again, not many would want an old sickly animal. Furthermore, the quantity of animals that are "saved" would not be too many.

Spook Louwa year ago
I can appreciate your sentiment, but I don't think they cul endangered species. Another factor to consider is that many of the local communities rely heavily on these culling seasons for food and income. What I definitely do agree with is that we need to focus on how much of these animals' environment we are destroying.
We kill many more animals through "secondary" methods such as the destruction of their environment than we do through actually hunting them. We really need to start addressing this issue.

J. Nikolaa year ago
Spook Louw I agree with Spook, but, in that scenario, people relying on culling seasons could be compensated by the authorities that "buy" the species. That way, these "buyers" would support their local people relying on the same species, by ensuring they still have their "resource" in the needed number.

Spook Louwa year ago
Juranium In that case. said authorities would need to be making an income from these animals somewhere (quite a large one to cover the costs that would be involved). A lot of the money used for conservation is also raised by the money earned from hunting licenses. So not only would this process cost a lot of money, but it will also reduce the budget to work with. It's a lose/lose situation.
Then, if moved to another area, chances are, these areas would eventually also become overpopulated, meaning the entire process would have to be repeated until we run out of space.
I think it's important to concentrate on the cause (the destruction of the environment), rather than trying to treat the symptoms (move animals around).