Nowadays, it is possible to have access to daily news from different devises: TV, smartphone, computer, tablets. So news does not come only in the form of a newspaper, but rather as a podcast or even a post on Facebook. The news can range from the current political elections in a certain country to the new iPhone model but also more sensible information regarding health for example. During the 2020 pandemic, we have witnessed an astonishing increase of the so-called fake-news: the virus plot, the 5G antenna and so forth. Never to mention the fake news during Trump´s press conference about the intravenous injection of bleaching to treat coronavirus infection! Some of those fake news exalted to a point that: 5Gs antenna was destroyed cause they were claimed to favour coronavirus infections, NO-MASK strikes were organised in the USA, UK and Germany protesting against the futility of the masks and the lockdown in general, rather considered as a way to increase the control of the government over people, so considered a clear violation of freedom. And if we consider also how the Anti-VAX wave has contributed to the rebound of viral infection like measles in the USA, we can have a clear idea about the power - and the danger - of fake news.
Unfortunately, even if a great deal of effort has been made to fight off those fake news ( even in a fun way via satyrical TV shows ), they can still reach out to the general public and have detrimental effects.
An idea to ameliorate this would be to develop, like for the Scientific Papers, a peer-review system because of which a piece of news cannot be reported until approved for publication. This way. experts of the field may review the news and access the genuineness of it. Of course, since there are too many sources and way to spread a new, this may be difficult to realise. In this case, an alternative would be, al least, to include for verified news a watermark like stating that the news being read have been peer-reviewed and the source has been confirmed. This way, it will be easier for a person to decide if the source of the news can be trusted or not. This way, hopefully, in the long term will reduce the impact of fake news in our daily life.
How would you propose to tackle this challenge?
fake newsideassocial phenomena
4 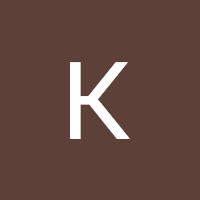 J. Nikola Jan 21, 2022
The increasing use of social media is generating tons of information, which should be somehow checked. As stated in the paper, the professional fact-checking reviewers system is not scalable. It is also not reliable since the individuals can be easily manipulated. The AI could handle the amount of work, but could also be biased or hacked. Therefore, we need a scalable tool to verify the information.
The idea
Fact-checking jury.
How would it work
The users would register and verify that they are humans on the site. The site would randomly select reviewers for every article or post. With an invitation, the "jurors" would also get access to the "background knowledge" database. The database would gather all the articles and information on the topic in a shortened format, to allow a "juror" to be as objective as it gets. The "juror" would then decide if the information is legit and rate it on the scale, along with additional comments (if any). Reviews from all the "jurors" would result in a validity score that would appear next to the article.
Additional infromation
The articles could be reviewed again if necessary. The amount of reviewing articles per hour depends on the number of registered users. The number of users would be higher if there is a reward system. Therefore, the site could offer benefits such as per review rate or gold membership on the site that allows you to get only curated and checked news.

The impact of the news on the society can be graded

Samuel Bello Sep 03, 2021
There is so much news out there and sometimes the effect of misinformation can be overlooked. It is also important to note that one of the reasons some platforms are rated highly is that they are the first ones to break out the news. For journalists, verifying news is also going to involve as much effort as learning the news, and they hardly get any rewards for the extra cost or effort.
If a system can be created to grade the impact of the news on the community, policies can be made so that any news that can have a large impact on society will have to be verified thoroughly before they are published. That way only the most important news is verified.
People who spread the news that can have a large impact on society via any medium can be prosecuted for misinforming the public as an extreme measure.

Samuel Belloa year ago
Daily news sources have very strict policies against broadcasting news that is not from reliable sources. The policies can be so strict that a news source can be sanctioned for sharing accurate but sensitive news without considering the effects on society. One can say that a review system is already in place and it is more practical than a peer review system.
All of the examples cited are cases where the news do not seem to have originated from "daily news" sources. The misinformation usually comes from individual sources or small groups. The reason such news spread fast and can affect public opinion drastically is that they come from sources that are not regulated. The reason some people trust these news sources is that they are not regulated so governments and large corporations cannot keep secrets from leaking through those sources. If the news were to be regulated then the public will not trust them as much.
In some cases, the news can be true but unverifiable. Since the sources are usually individuals that do not have to verify their news, it will be difficult to impose a review system without making people feel like their freedom of speech is being affected.
I believe that instead of the scientific approach to verify the news, this idea https://brainstorming.com/short-video-explainers-to-bust-popular-conspiracy-theories/537 should be a more practical way to keep fake news in check.

Darko Savic2 years ago
Take a look at Daniel Schmachtenberger's The Conscilience project:
google doc description: https://docs.google.com/document/d/1gD30djiG8K5pi1lZF8-RfV9vaYtXz5232QDm9sdUKdU/edit
video interview where he talks about it - https://youtu.be/Z_wPQCU5O6w
It's a similar idea to what you are proposing here

Subash Chapagain2 years ago
Quite indeed, the spread of misinformation is the single most challenging task that the society is facing as of now. Every now and then, people succumb to fake news and conspiracy theories that distort their worldview and generate more chaos in the already divided world. Research has shown that on average, fake news spreads six times faster than does the truth, especially in platforms like Twitter and Facebook. Hence, the idea of peer-reviewing would greatly improve the quality of the news that lands on our devices. However, we have to be mindful of the challenges that such an idea might face. Firstly, the sheer quantity of news worldwide is simply overwhelming to be genuinely moderated and reviewed. Hence, unless the incentives are colossal and the investment proportionate, it is unlikely that such a solution will come into existence. Moreover, even if the likes of Bezos and Musk and Ambani decide to invest in such a peer-reviewed news platform, the problem of inherent bias (even the reviewers might have issues with each other which might affect the quality of their approval/disapproval of any given news) is always there. To tackle this problem, I would suggest that we make use of blockchain-like systems where the identity of the reviewers is not revealed and the merit of their review is scaled based on their scores of verity from previously verified reviews. This would be knowledge-intensive to start with, but would be fruitful once the platform becomes large-scale. Also, we have to be aware that nowadays the news doesn't necessarily come out from a proper news agency or a registered media house. A lot of people get news/new information from unsolicited Facebook posts and tweets of other fellow individuals. To review each and every person's social media would in itself be a daunting and a resource exhaustive task (no wonder why Facebook and twitter leave it up to their AI bots). The only solution to this problem could be to regulate these giant companies like Facebook and Google to recruit special human-only review systems to go through as much as news-like posts (they can obviously use algorithms to separate news-like vs non-news-like posts), and fact check them manually before giving permission to publish/post.

Subash Chapagain2 years ago
Another idea that could lie in these lines is that rather than establishing one single large-scale platform for news-reviewing, establishing localized systems for the same. For example, setting up local fact-checking ecosystems involving locally trained journalists and media experts that know the culture and history of their assigned locations. Such an assignment would help in maintaining the objective input of the review process and make the whole system more reliable and accurate. Though such fact-checking websites do exist at the national level (for example alt news in India), make them more localized would help the facts penetrate deeper into the community and hence counter the negative impacts of misinformation in a more organic manner.

J. Nikola2 years ago
I am glad you started this topic and I think the idea is genius! As you already mentioned, peer-reviewing the news before publication is almost impossible. Not only it would be impossible because of an endless list of news portals, blogs, videos, and posts that just cannot be controlled, but also because it would allow even stronger control of the information flow and limit free speech. On the other hand, the alternative you offered seems like an interesting and viable solution! Nowadays, it is hard to know which news is verified, but I found some interesting pages that could help you develop this idea. Wikipedia has a dynamic list that collects many fake news websites that “ intentionally, but not necessarily solely, publish hoaxes and disinformation for purposes other than news satire” (https://en.wikipedia.org/wiki/List_of_fake_news_websites).