Categorize museums' contents in terms of epochs covered and artefacts presented (swords/columns/toys/helmets/clothing/religious items...). Then enable the app user to filter their interests and get notifications on items in their proximity.
It's another museum-visit inspired app - the last one was for great artists and quite similar in concept - because I was again surprised with what I found in an unlikely place. Like the golden helmet above.
Why:
- To suggest new travel destinations for history lovers, models enthusiasts, fashion workers looking for inspiration...
- To illustrate the connection between cultures and nations through time. As for instance, many artefacts of the Roman empire are spread well beyond what is today Italy.
- To help the rise of hobbies like modelling by inspiring with pristine works.
- To help educate the public on the history of the pieces. Some lesser museums are often underfunded and don't have the necessary curators, while the app could provide a backstory in text form cheaply.
How it works:
The app user gets to select the historic periods which interest him, for instance, World War II, the Roman era, or the Napoleonic years.
The other way of filtering is through types of items that the user is found of: weapons, idols, clothing, models (miniatures), architecture...
Each item gets categorized in terms of era and type.
The user selects his topics of interest, sets a perimeter as to he is willing to travel, for instance, 100 kilometres, and gets hit with a map presentation on which items are located where and in what numbers. The larger the circle on the map, the more matches.
So for some things, the user would get a perfect match, like Roman weaponry. A legend could use special colours for different epochs or for items of particular rarity.
You could also select your topics and enable notifications to pop up whenever you're in a 10 km radius from a museum that keeps things you find interesting.
Extra:
The app/site could also provide some backstory to the item's "life" because there are interesting stories behind some of them. For instance, the golden helmet in the photo was found by some peasant woman in her field in 1955. The helmet dates to the fourth century and there are only one like it in Italy, yet three in a smallish museum in Serbia's second-largest city.
The app can also serve as an intermediary for the souvenir/merchandising aspect of museums. Giving the museums an extra incentive to join up.
I believe there is a considerable audience for this because the ArtefactPorn (dumb name) sub on Reddit has 2.2 million users.
culturemuseummodelshistoryapp
1

Keeping up with the artifacts is not so easy

J. Nikola Dec 28, 2021
The idea is awesome and could ignite a new touristic travel trend based on the artifact locations. You could go on a "Weapons of the Medieval era" tour of Europe, for example!
What I am concerned about is how would you keep track of the items present in the museums? Maybe the easiest thing would be to connect to the system of every museum on the planet and use their databases (not so easy :D).
Also, how would you track the moving exhibitions? Maybe the solution for the above-mentioned problem solves this one too.
Could it be peer-tracked by the peer confirmations? People who visit the museum feed the database somehow and get a discount for their next visit. 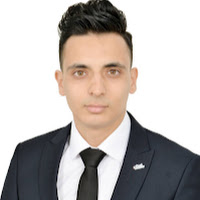 Miloš Stanković6 months ago
I love the idea for tours, that way you could find third party income to the app, by partnering with travel agencies, taking a percentage.
I think the incentive of more visitors and the possible merchandising would be enough for the museums to get involved themselves for tracking. The peer-track is a clever way of incentivizing involvement, confirmation, yet I wouldn't want to give the users homework. Also to make it seem as if the item for which some users travelled might not be there. The weight of presenting should be on the app and museums.
The museums would notify the app of scheduled transfers of items. That would also boost engagement. You get notified when an item of your interest gets transferred near you.
Although I think moves are rarer for items than they are for paintings because so many objects are frail due to the sheer time they've existed. Also, some of them are extremely valuable and could be targets of robbers.

J. Nikola6 months ago
Miloš Stanković True, that could be a good way of financing.
I agree that it could be much easier than for the paintings. So, what you propose is some kind of information flow between the app and the museum/gallery systems? It should be one-directional - the museums can feed the database and the app can read, inform and notify its users about it. That shouldn't be so hard. What you need is a license to use the read-only data about the items and the universal categorization. Did you try to talk with museum personnel already? I'll do it when I get the chance :)

Karaoke for speeches, monologues and impressions