A mini drone that hunts down every mosquito in the room

A mini drone that hunts down every mosquito in the room

A miniature drone that is faster and more agile than mosquitoes. Equip it to detect a single mosquito in the room. When in need, release the killer drone, wait for it to clear the room, and go back to sleep.
Why?
How it works
Front-facing rotor
Mount an additional rotor to the front side of the drone. When it almost catches up with the mosquito, activate the front-facing propeller and use it to gain speed and ram into + mince the mosquito.
Inductive charging
The drone could recharge itself by landing on an induction charger. That way it could permanently remain on patrol.
dronesgadgetspest control
6

The most important question of all, maybe

MC
Michelle Christine Aug 21, 2021
As a person with the knowledge I have, this seems almost essential. We have to protect people from the consequences of mosquitos' behavior.
But as a person with empathy, are there any more humane alternatives?
This isn't a question for the average person. Someone who can think of something I can't yet. 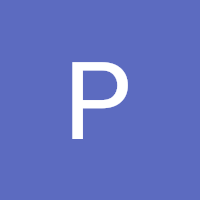 Prranshu Yadava year ago
I think it's very hard to build a drone that's more agile than a mosquito unless it's smaller in size than the mosquito. Think of how a 747 can never be as agile as a tiny fighter jet. So instead of using a forward rotor to attack the mosquito using speed and agility, it would be better for the drone to carry an internal, refillable store of anti mosquito liquid, which it could spray at the mosquito from a distance of around one foot. This wouldn't require high agility, and yet would be more technically easy than designing a forward rotor, since anti mosquito liquids have been around for a long time.

salemandreusa year ago
There's also these coils (https://www.checkers.co.za/All-Departments/Household/Cleaning/Household-Insecticides/Doom-Super-Deadly-Mosquito-Coils-125g/p/10144060EA), which some people swear by, which don't require heating electricity, instead, you light them and they smoulder for up to 8 hours. They are also very light, like cardboard. I’m not sure how efficient the range is if you were to move it around - these might be better in an enclosed space but they are a possible alternative if you want to trade off some of the clean solar electricity required from heating for the use of light combustion for a potentially longer-lasting or more lightweight drone. Only you might need a slower burn for the coil to ensure it lasts the full 8 hours at a smaller size, depending on the size of the drone to fly.
Or perhaps to take up less space and be more aerodynamic, a patented specially modified coil shape so that it simply coils all over the drone and around the turrets for a uniquely customised fit. 😉

salemandreusa year ago
There are conventional deter-rather-than-kill solutions already on the market.
I've found that these wall-mounted liquid dispensers (https://www.dischem.co.za/doom-destroyer-insect-repellent-starter-kit-unit-refill-360) are really good at repelling mosquitoes - when I plug this in they disappear pretty quickly (advertised within half an hour but it's more like 15 minutes, even with the windows open (as you should do with them) for some ventilation. You can also buy refills without replacing the plug unit each time.
I can see this unit attached to a drone - and possibly dispensing from all sides instead of one for maximum efficiency - being useful in the case where a large hall area or shared space with multiple people could be less efficient for wall-mounted dispensers, or for a camping scenario even under a larger bedouin tent such as a Burn event or other shared trip, where you might not have electricity. In this case a slightly larger drone could fly or drift around the entire camp area wafting this liquid. This would probably be most efficient in a sheltered or partly enclosed place rather than outdoors, depending on the ventilation.
The drone could still be pretty small as in my experience, a refill like in the link lasts quite a few nights (possibly more like a week, it’s not summer here so I haven’t needed them in a few months to double check this) and they are barely the size of the wall plug, so a smaller container could be used for a single night. Plastic containers would be light to fly easily.
The drone battery could be charged during the day via a solar panel, making them ideal for camping in warm sunny weather (which is when the mosquitoes come out, during warm summer evenings), and therefore a perfect off-grid alternative to the conventional wall mount.

J. Nikola Aug 30, 2021
The idea is absolutely great! I love it.
How would you activate the drone? Manually or it would automatically take off after detecting, for e.g., the mosquito sound? What if I leave my window open and it flies out and starts the mosquito massacre until the battery drains out?
So the two biggest think-abouts are:

Prranshu Yadava year ago
The best way to track the mosquito could be through thermal imaging. Since mosquitoes give off heat like most living creatures.

Darko Savica year ago
Prranshu Yadav I could be wrong but I think only a wasp nest, a beehive, or something like that would show up on thermal imaging. A single cold-blooded insect might not produce enough heat for a consumer-grade thermal imaging sensor to pick up.

Darko Savica year ago
The chance of a living mosquito waiting for the approaching drone on any surface is so low that the drone should be programmed to only approach other surfaces with the aim of scaring the mosquito so that it moves. Then bump into it in open air. People in the room should know this and just stay still when the drone is near them.
In an ideal use case scenario you would wait for 10-20 seconds for the drone to finish its job and go back to sleep. Even better, the drone would clear your rooms while you are not in them.
How to track is a bigger (software/sensor design) problem for which I don't yet have a solution. But these people do https://youtu.be/vGjP9SE7tsM

Update: the technology is close

J. Nikola Dec 23, 2022
Recent findings in Robotics have led us to the successful design and testing of a new camera with dimensions of 0.65x1.2 mm and a mass of around 1 mg. When combined with an accelerometer and microcontroller, it results in a 10 mg flying moth. We just need to add a microlaser or a kamikaze feature to these microdrones and they could help us kill the mosquitos!

salemandreus Aug 21, 2021
The mini-drones I've heard tend to emit a high pitched whine louder than and not entirely dissimilar to a mosquito and very disruptive! The biggest factor for me with mosquitoes is their tendency to buzz around my ears and give me a jolt of adrenaline to wake me up just when I was finally falling asleep!

Darko Savica year ago
It's only loud until the job is done. Then the entire room goes quiet

salemandreusa year ago
Darko Savic I guess that depends. If you sleep with the window open, which I prefer to do, mosquitoes come in at all times of the night, at least where I live. I'm basing this off the fact that when I unplug my mosquito-repellant unit or my citronella candles go out or I'm not wearing mosquito repellant they almost immediately start coming back, almost without fail, by the time I'm about to fall asleep - I seem to be a magnet for them in summer. 😅
I guess because of my use case I was keeping in mind the possibility that we'd be finding a low energy solution for it to potentially keep flying all night and then charge during the day, and would therefore need to be quiet, otherwise I'd probably end up being kept awake, or else getting woken up multiple times if it detects the presence of new mosquitoes (although tbh the mosquitoes would also keep me awake at that point 😂).

Darko Savica year ago
salemandreus insect nets mounted on windows should take care of new incoming mosquitos. The killer drone takes care of the ones that somehow make it past your other defences :) 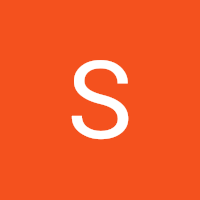 Simon Yu May 11, 2022
An advanced method to disinfect hitchhiked virus - pathogen device from your clothing has been available. A high velocity high volume germs cannon blasting Ozone or Hydroxyl causing virus -pathogen dislodged from your clothing. Even virus clung to or imbedded in your clothing will be inactivated in seconds. No chemical used. 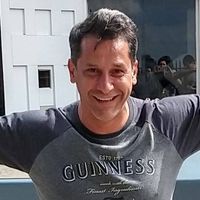 Vítor Neil Avelino Feb 07, 2023
Three (blue, red, orange), instead of one, killer machines able to count and capture a snapshot of each kill. At the end of the week, family dinner will be filled by lovely photos of the killing. Ah, and you can place your bets in your favorite one, fun garanteed.

Simon Yu9 months ago
A more advance Mosquito killer is this patent. US 9807996

Shubhankar Kulkarnia year ago
As Povilas S said, I am not sure how efficient the drones could be. But I think that could be improved. I like the idea because it kills the mosquitoes physically and not chemically. Mosquitoes evolve and/ or adapt to chemicals quicker. By using different chemicals to kill/ repel mosquitoes, we may make them stronger. Also, any chemicals that harm mosquitoes have an adverse effect on humans. The effect may be negligible in the short run, but using chemicals as a daily practice may not be advisable.

Povilas Sa year ago
Having a mosquito chasing drone would sure be cool, but I think the drone might not be that efficient at catching them unless the drone would shoot or spray something in front of it. Catching and killing one by one mechanically (as you suggest) might be a difficult task for a drone because mosquitos are quite good at escaping whoever tries to kill them up-close. For this the drone would have to be very fast and precise in its movements, I'm guessing a mosquito would beat it at this.

Darko Savica year ago
This is better and more efficient through:
I wonder why there still isn't a product on the market after more than 11 years since they came up with the concept

Dissipation of fog via an autonomous fleet of drones