An app that displays nearby famous filming locations

An app that displays nearby famous filming locations

An app that uses Google maps and displays the locations, where movie scenes were shot. The idea was inspired by the idea "Feature showing filming locations of TV shows and movies".
Why?
Locations, where movie scenes were shot, are usually disclosed to the media after the movie/ series is released. People, upon learning about the place, want to visit such locations. Although it is not feasible to visit a place just for the film location, it would be great if someone could prompt you that a famous scene location is just a km away from you. This is what the app will do.
How?
Users visit famous locations and click and upload photos to the app just like they do on any social media site. Either you upload the location along with the photo, or if you want to edit the photo and then upload it, you add the location later on. You link it to the scene from the movie or series. If possible, you mention the Youtube link of the scene or the time (along with the season and episode for series) when the scene appears. This then enters the database of the app. Others learn about the location if they are in the vicinity (you can set the vicinity range in km).
Also, if you are planning to visit a certain city, you can view the famous locations beforehand using the app. You could sort the locations that have had more than a threshold visitors, so you know that the place is really famous. You could also select a city and then select the movie or TV show you like. It will give you relevant hits. You could also select the city and the actors to get relevant hits. You would then learn of the location where Audrey Hepburn ate ice cream in the movie "Roman Holiday". The location is Spanish Steps in Rome.
It need not be a separate app and could be an add-on feature to either Google maps or other social media apps.
movies filminggeolocation
2 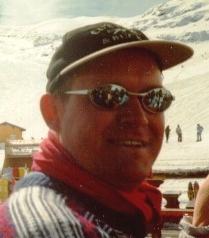 Shubhankar Kulkarnia year ago
Yes, that can be done. Does it show all the hidden places on Google maps?

Jurgen van der Vlugta year ago
Shubhankar Kulkarni No, rather the less-known attractions that tourists that have seen the highlights, may want to visit. The interesting things, often not well-visited (i.e., no crowds).

Shubhankar Kulkarnia year ago
Jurgen van der Vlugt Right. So, I think using Google maps to show all the locations in the area could turn out to be a great app. This could be the "less-known attractions" you mentioned and the movie filming locations.

Spook Louw Feb 27, 2022
This could be enhanced by making use of AR technology to superimpose the scene from the production onto the location to allow users to feel like they are experiencing it first-hand.
I'm sure this is already possible to some degree, and it could be perfected with some investment.

Michaela Da year ago
That is a nice idea! Although there are already a few websites showing film locations (like The movie map, movie world map and movie maps), on these websites you need to pick the location that interests you. I am not sure if there is an app that gives you suggestions based on your exact location and/or interacts with google maps, as you suggested :-)

Shubhankar Kulkarnia year ago
The app would be of great help to students of filmography and film enthusiasts. They would also be the primary contributors of newer and more remote and unknown locations to the app database.

Cinema company that offers streaming through its massive home TVs

A platform that lets you discover movies through music

AI that generates blockbuster movies based on your scripts