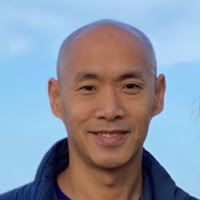 Problem: All the online whiteboarding systems are very unnatural because it uses mouse as the input instead of a pen. With the remote work becomes the norm, solving this problem can unlock a lot of latent productivity.
There have been some attempts to solve this problem with an electronic whiteboarding systems which can connect directly to the internet. These systems however often very expensive and hard to scale. The solution for this problem should be more accessible. For example: one could use the camera, which is available with every computer, to track a pen with some clever computer vision and deep learning techniques.
Love to hear your thoughts about this problem, brainstorming on specific use cases and possible solutions. Thanks.
remote worksonline collaborationcomputer scienceartificial intelligence
6

Using the phone and app as a whiteboard

Darko Savic Mar 14, 2021
It would be possible to use the phone's touchscreen as a whiteboard and anything metal (a nail) as a pen. To prevent scratches on the screen the metal stylus could be wrapped in something or dipped into melted plastic.
An app could pair the phone with a desktop computer (via browser) so that you could use a proper desktop screen, keyboard, and mouse to work on. The phone would just be used as the whiteboard/stylus.

Povilas Sa year ago
The problem with smartphones might be the small size of their screens. It could be difficult to scale when paired with computer screen and therefore inconvenient to draw on

Darko Savic Mar 15, 2021
Just like USB flash drives are ubiquitous and easily accessible to anyone, someone could design a very cheap Wifi USB stylus pen.
When initializing the stylus/app, you would designate an area on your desk that represents your whiteboard area. You would place there an actual piece of blank paper (or an actual whiteboard - to be drawn on with chalk). The stylus could be bundled with a real pen so that you can see on your paper the actual representation of what others will see on screen.

Using ML for the problem

ZA
Zvonimir Sabljic (Founder of awwapp.com) Mar 15, 2021
Hi,
The problem you described is very real and I can say that we at AWW (awwapp.com) we always struggled with this where people couldn't easily write on the whiteboard through Pen on a computer so you definitely are onto something.
However, for the production version of a product using ML to produce pen movement through a webcam won't be efficient enough for people to use it. On the other hand, if you introduce some kind of hardware, people will be more prone to buying a tablet and writing that way than buying a special pen that is used only for this.
All best,
Z

Devices to turn ordinary computer screen into a touch-screen

Povilas S Mar 15, 2021
This one is a cool device that can do it. The technology by which it works seems a bit suspicious, but the site appears to be legit as well as customers' reviews on amazon. The good thing about it is that you can use any object to mediate the touch, so you could use the stylus to draw. Judging from how the technology works you probably don't need to actually touch the screen, it's enough to approach it close enough.
The dilemma here is that if you'd use the stylus to draw on your computer screen often by actually touching the screen with it, you might scratch or otherwise impair it. On the contrary, if you wouldn't actually rest the stylus on it, then it might be a bit inconvenient also, you'd always have to mind the distance, your arm might get tired more easily and the drawing process wouldn't be as natural as with actual touch.
So it would be better to have a specialized additional layer of film stuck to the computer screen (magnetic or otherwise) which you could actually touch with the stylus and which would react to the pressure and through a Bluetooth or USB connection visualize the movements on the actual screen. Something like this. Just that this one is most likely a scam. The whole company appears to have no substantial online presence. But I might be wrong.
If the latter device is not yet developed, it seems like a good idea for a startup company. The only problem with the latter approach is that you'd have to paint on a vertically oriented screen (having in mind ordinary laptops), but it could be leaned back and rested on some specialized frame, just like many tablet computers.

Povilas S Mar 15, 2021
The reason it is not convenient to draw using a regular computer mouse is that you are moving your whole relaxed palm instead of focusing pressure on a specific point (as with the pen). But there are computer mice that are shaped like a pen. Like these. However, they are still quite clumsy compared to a normal pen or a stylus. They are no good for drawing.
I believe this is because an optical beam, which is used to track the movement in a contemporary computer mouse has to be thick enough for the mouse to be efficient. If you'd make a mouse thin like an actual pencil, especially the tip, then the light beam would have to be very thin, like a laser. I'm not an expert on this, but that seems like a likely reason for why this is infeasible or too complicated to do. However, if such a mouse was developed, it would have an advantage over the stylus, because it could be used on any surface, just like a regular optical mouse. Another startup idea.

salemandreus May 17, 2021
A teacher did this (the picture is a screenshot from the publicly available video) with VR tech using the whiteboard in the VR game Half Life: Alyx.
There are also virtual office-room-with-whiteboard technologies in existence.
Advantages of using VR:
One enhancement could be haptic feedback to your hand controllers when you reach the bounds of your demarcated "room" (marked by sensors you arrange in the space) to show you are now pressing against virtual "walls" - helps with the feedback on precision writing problem.
Alternatively, with the use hand tracking technologies such as Oculus' or the Leap motion we wouldn't need hand controllers, freeing up dexterity to use a pen or stylus which offers haptic feedback when, or how hard, you press against the virtual whiteboard/writing wall (in reality you could be writing in the air, you wouldn’t have to be pressing against a surface to get the haptic feedback or do the drawing, but the input captured is via motion tracking in VR tech.
This kind of feedback for styluses and VR hand controllers already exist and are being developed further for general purpose with growing adoption of the VR market for gaming and simulations, which is always a plus over more specialised hardware as people are reluctant to risk incorporating that into a workspace unless they are guaranteed long term support and widespread adoption and compatibility. Existing VR takes care of all of these risks of having to build new hardware, as it is becoming more ubiquitous.
Software-based solutions in general are also preferred over hardware ones for this same reason, and can also more easily be ported cross-platform onto different VR sets.
With a designated boardwriter, only one person in the meeting would actually need to own the VR hardware, the rest could watch a stream, just as is often the case in many in-person meetings.
But as VR gains popularity and becomes cheaper it could normalise meeting in fully virtual offices and you could save board/wall states to recover for the next project meeting without worrying you're erasing anyone's previous whiteboard session when you use the board for your meeting.
https://edtechmagazine.com/k12/article/2017/11/vr-gives-student-teachers-taste-classroom
I personally am particularly keen on the immersion factor - with some good noise-cancelling headphones you'd even be able to escape to and focus on work in your virtual "office" even alone and creatives would be able to write all over walls and surfaces in peace!
If you work in a creative design profession such as architecture you can then also create 3D shapes and expand them for people to walk around, which can at times be a whole lot more useful than a flat 2D image. Drawing 3D objects is easy to achieve with VR technologies in general, it is showcased here on the Leap Motion which has these capabilities out of the box.

Bach Buia year ago
Darko Savic nice job building up this websie Darko. Having so many ideas by myself, I wanted to have something like this for quite a while. Interested in seeing how I can help scale this.

Darko Savica year ago
Bach Bui thank you 🙏. I've been thinking about this project for over 10 years. It's still taking shape and evolving. It diverged from the original plan quite a lot. About 70% of features are still in development. For me, It's exciting to see something new added to the live version every week🙂

In what ways can AI be used to improve longevity research and/ or medicine?

How do we defend our freedom when overstepping governments send robotic police after us?