"How can I sell my idea without it being stolen?" is a catch 22 type of problem. People wouldn't pay for something without knowing what they are buying. On the other hand, If you reveal the idea first, they won't pay for what they already know.
Solution:
Some problems that seem unsolvable become solvable years/decades later when new developments in unrelated fields bring about the right conditions. Being able to sell ideas is one such problem.
The necessary conditions are (almost) in place for idea selling to become viable. These are the prerequisites:
Having your idea included in the members area effectively means you've sold it to the public for the best possible price that the public is willing to pay for it. It doesn't matter who views or "steals" it. You get paid based on the quality of your previous work (people wanting to see more of it) and how interesting your specific ideas are. Having your best ideas mingle with other creative people's best ideas increases your chances of getting paid. Everyone's cool ideas motivate people to join the members area.
A list of other things worthy of mentioning, in no particular order: 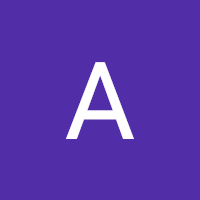 Aaron Barry Mar 30, 2021
A marketplace for ideas is very interesting and could be compared to a marketplace for opinions which is currently the domain of Twitter. The output is not comparable, just the concept of a community that comments on others’ comments. Within the platform, there are sponsors who are paying for their tweet to feature in the user’s feed for advertising.
In a marketplace for ideas, there could be a space for a sponsored idea. The concept is that the sponsor either has an idea they need a to break the back of and is asking for the community of creators to help them solve the problems limiting their idea from progressing, or; the sponsor operates within a field of interest to creators and is advertising their products and services through a sponsored idea.
If a sponsor is trying to solve problems and wants to leverage the collective intellectual firepower of a team of creators, they could prescribe the idea, the intended output and the financial consideration they are prepared to pay for a successful outcome. Milestone payments could be agreed, so that momentum is generated and a series of small successes leading to the ultimate goal. The sponsored idea could be worked on as a private project as the sponsor may not want their identity disclosed or their competitors aware.

Samuel Bello Jul 22, 2021
Ideators can be organized into a team of thinking mercenaries that help you generate ideas and solutions that are relevant to the topics and problems that are relevant to your clients. The reward for their contributions should be communicated before the ideas are generated so that the ideators restrict the output of ideas to the range of ideas that are nearly worth the reward they are going to get from ideation. If the ideators come up with ideas that have worth much more than they are rewarded for; they can charge their clients more money before disclosing the expensive ideas or auction the ideas to other clients.

Mikhail Korsanov9 months ago
You can use this as an addition to the model of promotion of best prepared well-elaborated concepts to those who can implement thеm. Ideators' pools can do both things: support implementation of their own concepts and respond to requests of their clients for creative problem solving.

Mikhail Korsanov Apr 25, 2022
To make a viral effect, you can make:
1) a robot helping people to send personal messages with polite recommendations to their peers in messengers and social media by an automated dialog (chat-bot)
2) hire a pro viral effect experts to make creating out of the best ideas sounding most emotionally for the mass audience
3) distribute these through the robot, allowing everyone to use it
4) creating stimula (financial, status, and by giving out valuable but informational gifts) for using these robots for distrubution of these best ideas throughout friends
5) creating a stream of such viral effect ideas
6) creating gamification stumula for regular distribution of such ideas to peers
7) creating a robot helping users to recrute new friends in social media to promote them the best ideas: this will allow to attract more new-comers through those who is willing to use this dialog robot.

J. Nikola Jan 14, 2022
I know it sounds funny for someone, but for the record, OnlyFans is a platform that was founded in 2016. Now, 5 years after, it has 50 million registered users. That wouldn't be so if there wasn't a great business model behind it.
The business model
OnlyFans is a content subscription service. Content creators can offer exclusive content to their target audience. Fans can access the content for a monthly fee or one-off tip. The platform takes a 20% cut in users transactions. Yes, the site became known for the adult content, but that's not the only thing fans can find on the platform.
How would it work on the Brainstorming platform?
Additional features
Pairing this model with bounties could enable all the platform users to earn money on various ways and help creating a dynamic idea-sharing and brainstorming environment.
The benefits
It could potentially become the OnlyFans for scientists, too. Any scientist could earn not only the credits and the ovations for their research, but also some money by self-promotion on the site.

J. Nikolaa year ago
Darko Savic Yes, I saw that you mentioned these models. What I tried was to describe a direct implementation of the proposed business model on the Brainstorming platform, to foresee its possible flaws. The thing I realized as the main problem is the non-exclusivity of the content on the platform. People will pay if they can get something special and entertaining, or if what they asked for arrived really fast (answer to a question, solution to a problem).

Darko Savica year ago
J. Nikola they can get front row access to top 10% of ideas from top-rated ideators

Darko Savic10 months ago
The idea basically boils down to:
As you add a new idea to the paywall, the oldest one rotates out of it and becomes public

Darko Savica year ago
This is basically like Patreon but with the difference that the money goes to whoever deserves it most at any given time (moving target).

Problem-solving as a freelance service

Think tank teams comprised of independent ideators, who are paid retainer fees to remain available for any challenge the client presents